Since a picture is worth a thousand words then the following elliptic curve point addition/multiplication animation has 33 frames and is worth a lot more, do the math.

The whole idea behind elliptic curves cryptography is that point addition (multiplication) is a trapdoor function which means that given G and P points it is infeasible to find the private key k.

Keep reading if you are interested to understand more about the subject.

Before jumping into elliptic curves math lets do a recap of basic algebraic structures.

As always, I am going to leverage the power of the trinity (Emacs, Orgmode, Python/Sagemath) to draw a few explanatory graphs.

Let’s start with a simple elliptic curve with the following parameters: a=0, b=7. 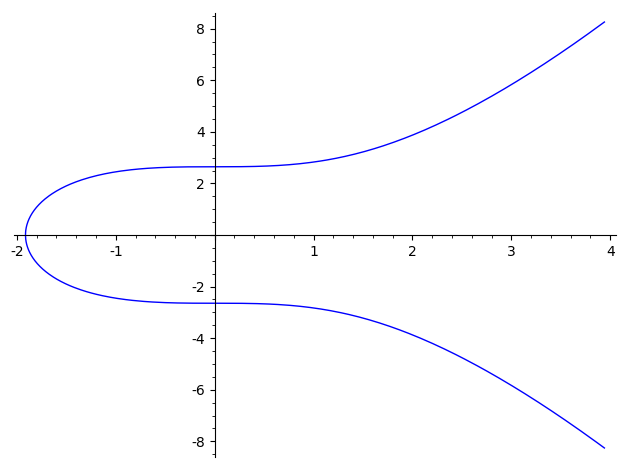 Not very interesting … let’s pick a fancy one with parameters: a=-1, b=0 (don’t worry about the first 3 params) 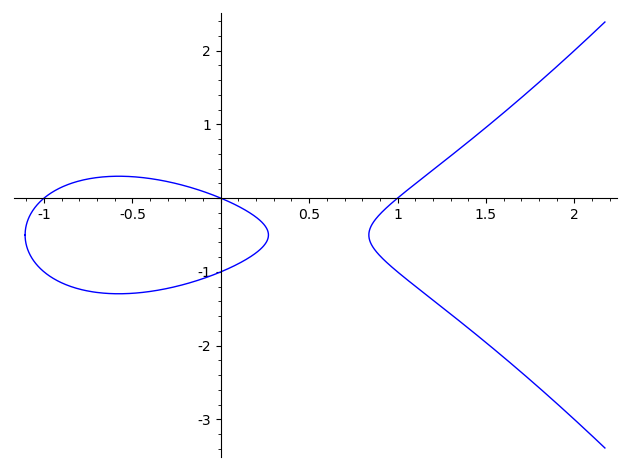 We can see that origin seems to be a point on our curve, let’s check it out. 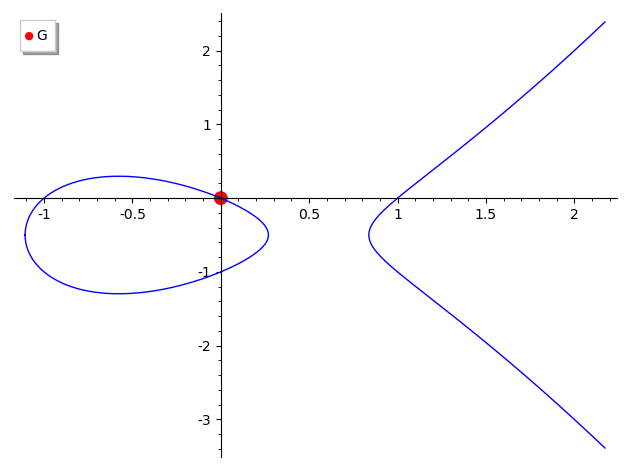 According to property #5, each point has an inverse point. What is the inverse operation with respect to addition? It’s negation. 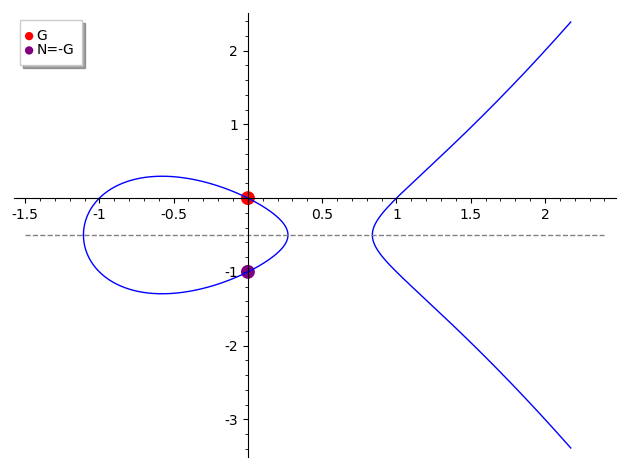 According to property #4 we have an identity element. What is the result of G - G? it is called point at infinity or identity I and satisfy the equation G + I = G. This is like 0 in arithmetic where 3 + 0 = 3.

Unfortunately I can’t draw it on the graph but you can imagine a vertical line passing thru G and -G points that “intersects” the curve in point at infinity.

One thing to remember is that our generator point above is (0, 0) but that is just a regular point on elliptic curve, nothing special about it.

Property #2 tells us that binary operation has to be closed, lets see what this means.

Adding the point G to itself (doubling) we can see that resulting point is also on the curve.

If we keep adding more G points we figure out that all points are on the curve and this gives us the closed property of the elliptic curves addition. 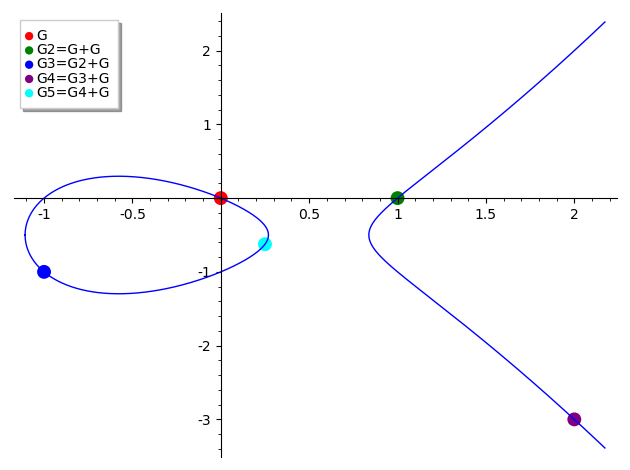 Geometrically, the main rule to add two points on elliptic curve is to draw a line passing thru those points that will intersect the curve in another point and the inverse of this intersection point if the result of point addition. This is all, of course there are a few edge cases to this rule (like A = -B or A == B) but we will keep things simple and ignore the edge cases for now. 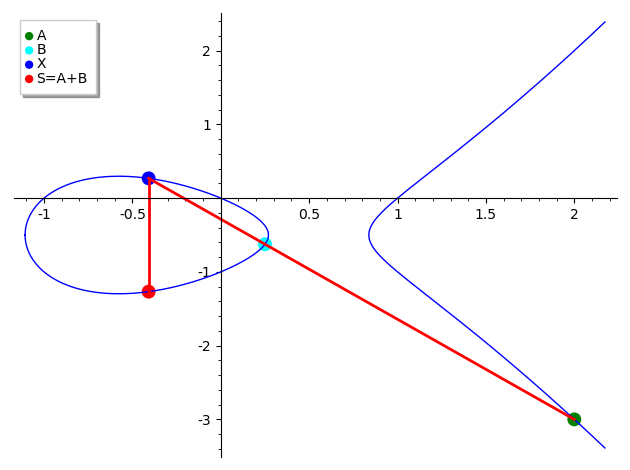 And the nice thing about this is that all the elliptic curve’s properties are preserved on finite fields as well and point addition / scalar multiplication works as expected. 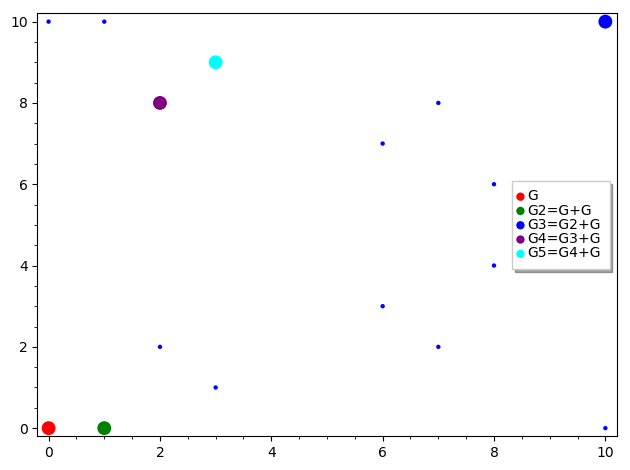